Bayan senior community - summer, 2009, since then more homes have been built.  Ultimately up to 300 residents will settle here.

Our second project provided the infrastructure for a clean, modern water supply in a new settlement for aging nomads on the grounds of Bayan Monastery in Golok.

In 2007, families in Gongma Toma, a district within Golok's remote Gabde County, began reviving the tradition of building simple retirement homes near Bayan, a local monastery.  As of August, 2009, thirty tow of these homes were completed, with eight-five people already in residence.  The monastery hoped to see the community grow to 300 people, the most that the land can support, and a water system is critical to sustainable expansion of the settlement.

Initially, residents had to fill buckets with water from an unprotected spring some distance away, and haul it back along narrow dirt paths to their homes.  In the very best of conditions, they risk using water contaminated by livestock, or injury as they carry the water on steep hillside paths.  The paths can become especially dangerous in the rainy season, when they turn slick from mud, and in the long winter when ice and snow are present for months. 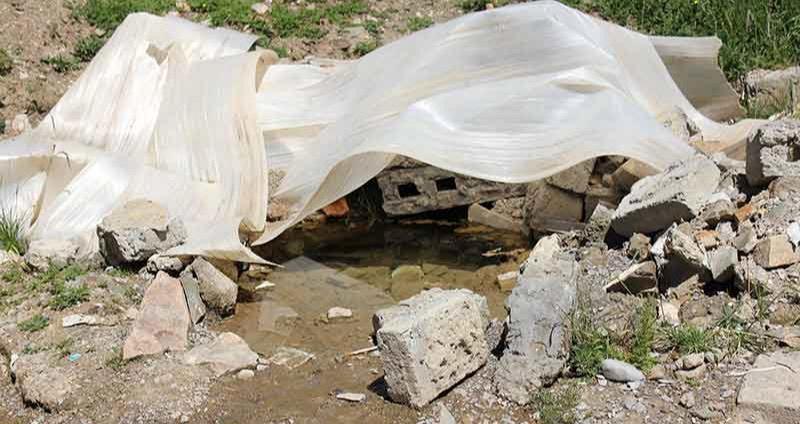 Before TSF's water system was constructed, in order to obtain drinking water Bayan's senior residents had to carry buckets over sometimes treacherous pathways to reach this unprotected spring. 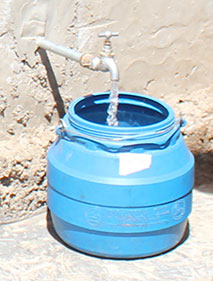 The monastery prepared a proposal for the construction of a gravity flow "spring catchment" water system, an efficient and economical means to deliver clean water directly to the senior community.  The project was designed to take advantage of the natural spring that already served as the residents' water source.  It had been analyzed and deemed sufficient to supply water for 30 to 40 years.   The spring would be protected, and systems installed to filter the water and collect it in a large cistern.  Gravity allowed the water to flow through a set of underground pipes to two taps near the community, which were insulated from the freezing winter weather by small brick enclosures.  No electric or gas-powered pumps are required to bring the water to the surface.

The Sogan Foundation agreed to sponsor the project and in 2009 we started fundraising.  By May of 2010, we exceeded our $30,000 target amount and work began.  By the end of the summer of 2010, the job successfully concluded, giving the seniors easier access to water before bitter winter weather set in. 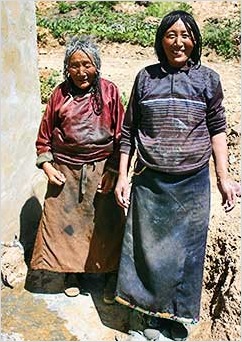 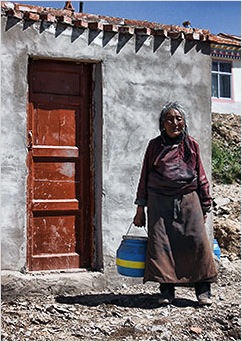 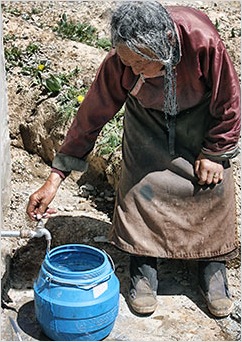 While Rinpoche was in Golok in 2012, he visited the elder community near Bayan Monastery where he had the opportunity to inspect the clean water systems donated by TSF.  If judged by the standards of highly developed countries, the technology of the system is modest.  But for these aging nomads, the project represents a dramatic improvement in both the quality of the water supply and its accessibility.

The carved granite plaque seen in the photo below, at right, is installed at the Bayan seniors' community in commemoration of TSF's role in providing their water system.  It acknowledges the Foundation's gift in three languages: Tibetan, English, and Chinese. 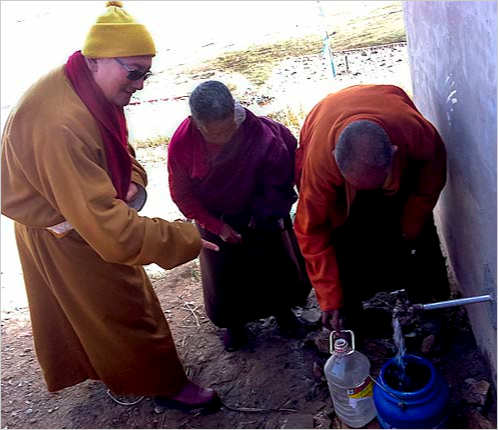 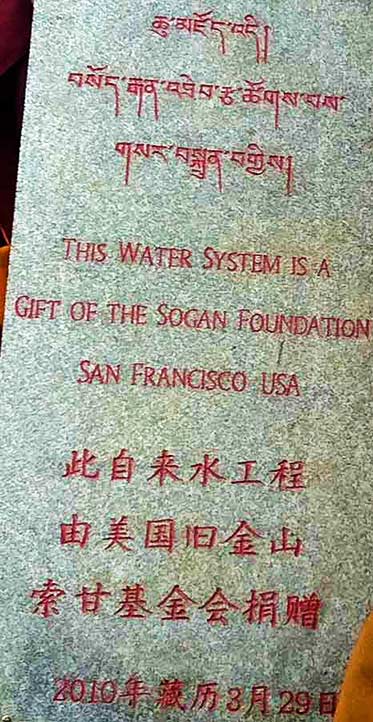